A team of researchers at the University of California at Berkeley found a new way to measure gravity by noting differences in atoms in a state of guessing suspended in the air by lasers. In his article published in the journal Science, the group describes his new technique and explains why he thinks it will be more useful than traditional methods. 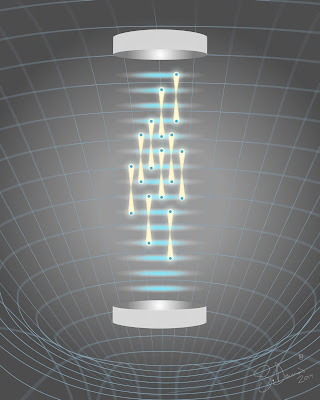 Currently, the standard method for conducting gravimetric experiments is to deposit objects in armored tubes and measure them as they pass through instruments. In addition to giving researchers an insight into gravitational interactions, these methods are often prey to unwanted parasitic magnetic fields. In this new effort, researchers have found a way to measure gravity without falling objects at all.

The new approach was to release a cloud of cesium atoms into the air in a small room, and then use flashing lights to split several of them into an overlay state. Once divided, the lasers were used to keep all the atoms in fixed positions, one of each pair being slightly higher than its companion. The team then measured the wave particle duality of each atom, impacted by gravity. By measuring the difference in duality between paired atoms (because of the difference in distance between them and the Earth), the researchers were able to propose a measure of gravity. 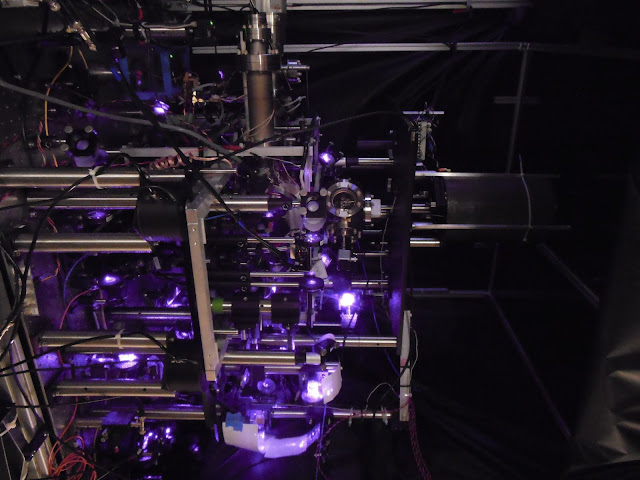 Figure 2. Laser light (purple) shines into our ultra-high vacuum chamber to laser-cool atoms to less than half a millionth of a degree above absolute zero. A pair of mirrors mounted inside the vacuum chamber enhance flashes of light which kick, suspend, and interfere the atoms. Credit: Victoria Xu

This technique would allow measurements to take place over longer periods because the measured atoms would not be in motion. In addition, it could be used to measure the gravitational attraction between two objects, such as the gravitational attraction exerted on an atom by a ball. And since the device used to measure this attraction is small, it would be much easier to protect against the interference of random magnetic fields. It could also allow the construction of portable gravity meters that could be used to measure the gravitational pull of the Earth at different locations - a possible way to help identify mineral deposits. To go further, the new method of measuring gravity could prove useful for scientists trying to understand the nature of dark matter and test other ideas about physics, such as the principle of equivalence.