A tiny biocompatible nanolaser could work in living tissue 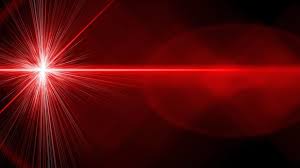 Summary: Researchers have developed a tiny nanolaser that can work inside living tissue without damaging it.

With a thickness of only 50 to 150 nanometers, the laser represents about a thousandth of the thickness of a single hair. At this size, the laser can adapt and function within living tissue, with the potential to detect biomarkers of the disease or treat deep brain neurological disorders, such as epilepsy.

Developed by researchers from Northwestern universities and Colombia, nanolaser is particularly promising for imaging in living tissue. Not only is it mainly made of glass, which is intrinsically biocompatible, but the laser can also be excited with longer wavelengths and emit at shorter wavelengths.

The document was published today (23 September) in the journal Nature Materials. Odom co-directed the work with P. James Schuck at the Columbia University School of Engineering.

While many applications require ever smaller lasers, researchers are constantly facing the same obstacle: Nanolasers tend to be much less efficient than their macroscopic counterparts. And these lasers generally need shorter wavelengths, such as ultraviolet light, to power them.

"This is serious because unconventional environments in which users want to use small lasers are very likely to be damaged by ultraviolet light and the excessive heat generated by inefficient operation," said Schuck, associate professor of engineering mechanical.

Odom, Schuck and their teams have been able to build a nanolaser platform that solves these problems by using upstream photon conversion. During upconversion, low energy photons are absorbed and converted to a higher energy photon. As part of this project, the team started with low-energy "bio-friendly" infrared photons and converted them into visible laser beams. The resulting laser can operate at low power and is vertically much smaller than the wavelength of light.

"Our nanolaser is transparent but can generate visible photons when it is pumped optically with light that our eyes can not see," said Odom, chemistry professor Charles E. and Emma H. ​​Morrison at Weinberg College of Medicine. Northwest. "The characteristics of continuous and low-power waves will open up many new applications, particularly in biological imaging."

"Excitingly, our tiny lasers operate at powers of an order of magnitude lower than those found in all existing lasers," Schuck said.

The study, titled "Ultra-Threshold Continuous Wave Up-converting Lasing from Subwavelength Plasmons", was funded by the National Science Foundation (Assigned Num. DMR-1608258) and the Vannevar Scholarship Bush Faculty of the United States Department of Defense (Attribute No. N00014-17). -1-3023) and the US Department of Energy (DE-AC02-05CH11231). Angel Fernandez-Bravo and Danqing Wang of Northwestern are the co-authors of the newspaper.

Odom is a member of the Northwestern International Institute for Nanotechnology, the Chemistry of Life Processes Institute and the Robert H. Lurie Cancer Research Center of Northwestern University.

Source of the story:
Material provided by Northwestern University. Original written by Amanda Morris. Note: Content can be changed for style and length.