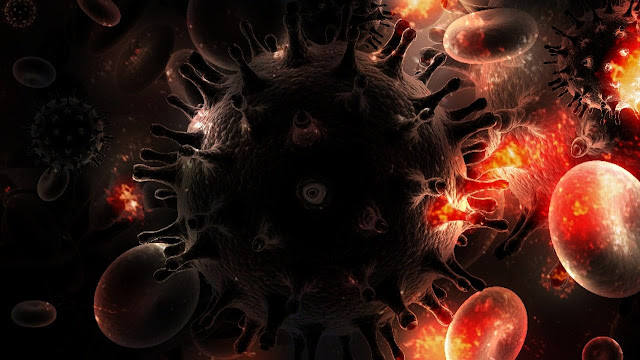 Among HIV researchers, an apparently indestructible strain of HIV has earned the nickname "Death Star". This is due to the strain's reputation for killing hopes for potential vaccines and immunotherapies that could prevent the disease.

A team from the Scripps Research Florida campus reports having successfully met this challenge. In an article published in Science Translational Medicine today, lead authors Michael Farzan, PhD, and Mathew Gardner, PhD, describe their destruction of the "death star" strain and another particularly difficult-to-fight strain. , suggesting that this may be possible to protect uninfected people from multiple forms of HIV.

Their non-traditional vaccine has achieved another essential goal: sustainability. This means that he protected the research animals from long-term infection with a single inoculation, says Farzan.

"We have resolved two issues that have plagued studies of HIV vaccines to date - namely, the lack of response time and the lack of response width," says Farzan. "No other vaccine, antibody or biologic protects against the two viruses for which we have demonstrated robust protection."

Globally, about 180,000 new HIV infections occur in children each year, according to UNAIDS, and about 1 million people die each year from HIV / AIDS-related illnesses. Developing an HIV vaccine that protects long term with a single dose is an important goal, especially in places where medical resources may be scarce, antiretroviral drugs may not be available and the risk of HIV transmission from mother to child can be high.

The work of the Farzan group adds to the significant mark that Scripps Research makes in the fight against HIV. On July 10, the institute announced that the Scripps Consortium for HIV / AIDS Vaccine Development (CHAVD), an international collaboration led by Scripps Research, has received a seven million dollar award over seven years from the National Institutes of Health advance the next generation. vaccines.

Conventional vaccine approaches generally use a piece of virus or other immunogen to activate an immune system response. Because HIV replicates and changes so quickly, this approach has proven difficult. Farzan's approach uses a safe virus to fight the dangerous and relies on muscle cells rather than immune cells to generate protective agents. Here's how: a harmless adeno-associated virus (AAV) made in the laboratory contains a protective protein designed by Farzan and his colleagues to stop the infectiousness of HIV.

Protected protein eCD4-Ig has two HIV co-receptors, CD4 and CCR5. The latter was discovered by Farzan and his team over a decade ago. Farzan's viral vaccine is injected into the muscle. It "infects" muscle cells, which causes them to produce the protective eCD4-Ig. During exposure to HIV, the HIV virus is attracted to eCD4-Ig. It binds, then "undergoes a conformation change prematurely, and it is no longer able to infect," says Farzan.

The hard-to-stop research strain is SIVmac239, nicknamed "the death star" because it has proven almost impossible to defend. It is a type of simian immunodeficiency virus, which is an HIV type virus that can infect primates. Primates are the only animals, other than humans, that support the replication of these viruses. There is still a lot of work to do, notes first author Gardner. The study showed that research animals could potentially become infected when exposed to significant atypical loads of HIV. It has also shown that HIV is able to develop resistance to eCD4-Ig, although in a very weakened state.

It is encouraging to note that the research animals did not develop serious immune reactions to the adeno-associated viral vector or to eCD4-Ig. Farzan said they had made concerted efforts to minimize this risk.

The use of AAV as a gene therapy tool has recently generated considerable enthusiasm, gaining FDA approval for genetic diseases, including hereditary retinal diseases and spinal muscular atrophy. The study shows that it also has the potential to save lives when used as a protective vaccine, says Farzan.

"The results of our article are encouraging for the potential of AVA as a disease prevention platform in general, and in concert with eCD4 as an agent to stop HIV infection", said Farzan. "Ultimately, we hope to prove that our approach is safe for those infected and at risk at a cost that makes it usable everywhere."

In addition to Farzan and Gardner, the authors of "eCD4-Ig delivered by AAV protect rhesus macaques from high-dose SIVmac239 challenges", include: Co-first author Christoph H. Fellinger and Meredith E. Davis-Gardner, Jesse A. Weber, Barnett Alfant, Amber S. Zhou, Neha R. Prasad and Hema R. Kondur, all from the research department in immunology and microbiology at Scripps in Jupiter, Florida. Other authors include Lisa M. Kattenhorn from the Department of Microbiology and Immunology at Harvard Medical School; Wendy A. Newton, Kim L. Weisgrau, Eva G. Rakasz and Nancy Schultz-Darken of the Wisconsin National Primate Research Center; Jeffrey D. Lifson of the AIDS and Cancer Virus Program of the Frederick National Laboratory for Cancer Research and Guangping Gao of the University of Massachusetts Medical School Horae Gene Therapy Center and Department of Microbiology and Physiological Systems.