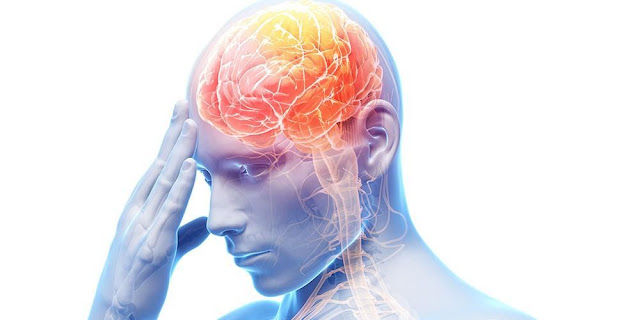 More than one in ten patients do not die from their cancer but from heart and vascular problems, according to a new study published today in the European Heart Journal. For some cancers, such as breast, prostate, endometrial and thyroid cancer, about half will die from cardiovascular disease (CVD).

They used information from the Surveillance, Epidemiology and End Results (SEER) database to examine deaths from CVD, including heart disease, high blood pressure, cerebrovascular disease, clogged arteries, and lesions of the aorta - the main artery carrying blood from the heart to the rest of the body. They adjusted their analyzes to take into account factors that could affect the results, such as age, race and sex, and they specifically examined 28 different types of cancer.

The majority of CVD deaths have occurred in patients with breast (60,409 patients in total) and prostate (84,534 patients) cancers, as these are the most frequently diagnosed cancers. In 2012, 61% of all cancer patients who died of CVD were diagnosed with breast, prostate or bladder cancer.

Patients who were more likely to die from cancer than from cardiovascular disease were those with the most aggressive and difficult-to-treat cancers, such as lung, liver, brain, stomach, gallbladder, pancreas, esophagus, ovary and multiple myeloma.

It is the largest and most comprehensive study of cardiovascular death in patients with 28 types of cancer with more than 40 years of data. Other smaller studies have examined the risk of death from CVD in certain specific cancers, but none have examined as many cancers with such a long follow-up.

Dr. Sturgeon said: "These results show that a large proportion of some cancer patients will die from cardiovascular disease, including heart disease, stroke, aneurysm, high blood pressure and damage to blood vessels. We also found that among survivors of any type of cancer diagnosed before the age of 55, the risk of cardiovascular death was ten times higher than in the general population.

"Cancer survivors with cancer of the breast, larynx, skin, Hodgkin lymphoma, thyroid, testes, prostate, endometrium, bladder, vulva and penis , are about as likely to die from cardiovascular disease as they are to die from their initial cancer. The risk of death from cardiovascular disease is many times greater than that of the general population during the first year of diagnosis, sometimes this risk decreases, but for the most part, this risk increases as the survivors are followed for ten years or more. can encourage cancer survivors to adopt healthy lifestyles that reduce not only their risk of cardiovascular disease, but also the risk of cancer recurring. "

Dr. Zaorsky said: "Clinicians should be aware that the majority of deaths from cardiovascular disease occur in patients diagnosed with breast, prostate or bladder cancer. Thus, clinics that aim to open health centers "Cardio-oncology" should probably focus on the inclusion of these. Additionally, primary care physicians and cardiologists may seek to control cardiovascular disease more aggressively in cancer survivors.

"As the number of cancer survivors increases, the rate of cardiovascular death will continue to increase."

He explained that the reason why cancer patients were at higher risk of dying from cardiovascular disease during the first year of diagnosis was perhaps due to the fact that when they entered the hospital system, others diseases and problems, such as heart disease, pulmonary dysfunction and kidney failure, have also been detected. . This could also be explained by the aggressive treatment that follows a diagnosis of cancer.

Dr. Sturgeon concluded: "We hope these results will increase the awareness of patients, primary care physicians, oncologists and cardiologists of the risk of cardiovascular disease in cancer patients and the need for earlier, more aggressive cardiovascular care. and better coordinated. "

Limitations of the study include the fact that the type of treatment that patients received was not known, including whether or not they had therapies that may be more toxic to the heart; the SEER database does not provide information on other diseases and risk factors (such as smoking, alcohol consumption, obesity); the role played by socioeconomic status on the risk of cardiovascular death after a diagnosis of cancer has not been studied. The study was conducted in the American population, so the risks may vary depending on the population; the authors believe that their results apply most to Canada, Europe and Australia because the cancers and causes of death in cancer patients are similar.

In an accompanying editorial, Dr. Jörg Herrmann, cardiologist at the Mayo Clinic, Rochester, Minnesota, USA, writes: "The important work of Sturgeon et al. Confirms that cancer patients have a risk of cardiovascular mortality by average 2 to 6 times higher than the general population. This is a key message every cardiologist needs to hear. Second, the risk of CVD mortality is evident along the continuum of cancer care and has an acute phase (early risk) and a chronic phase (late risk): of these serious and persistent consequences, a reactive management approach which only intervenes when clinical presentations and complications arise is no longer in order. proactive that begins before any cancer therapy and continues for a third. Even with the best possible cardio-oncology care, no difference in Population results can only be obtained in patients with relentless malignant tumors while for ance. "