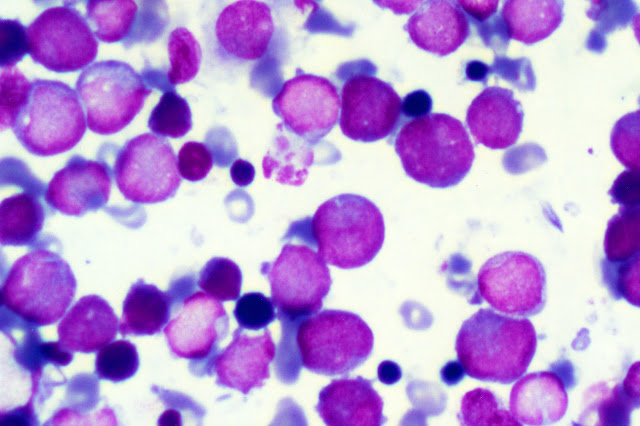 Patients with acute lymphoblastic leukemia (ALL) or acute myeloid leukemia (AML) treated with anthracyclines are at increased risk of heart failure, according to a new study done by researchers, mostly within a year of being exposed to chemotherapy Penn Medicine.

To determine a patient's risk of heart failure after treatment, the researchers developed a risk score based on clinical and echographic variables, including left ventricular ejection fraction (how much blood the LV pumps out with each contraction), myocardial load, and cumulative Treatment dose. According to the authors, oncologists can use the rating system to classify patients as low or high risk of heart failure and to adjust their treatment plans accordingly. The risk score model and the results of the study were published today in JACC: CardioOncology.

"While we are more effective in treating cancer, improved survival rates have helped expose the cardiotoxic effects of some of the most common cancer therapies," said the study's corresponding author, Dr. med. Marielle Scherrer-Crosbie, Head of the Cardiac Ultrasound Laboratory and Professor of Cardiovascular Medicine at the Perelman School of Medicine at the University of Pennsylvania. "With the creation of this risk assessment system, we hope to help clinicians identify patients at highest risk of potential heart damage so they can monitor patients more closely using a multidisciplinary approach."

The incidence of acute leukemia has increased steadily in the United States over the past decade. However, advances in treatment during this period have resulted in a drastic improvement in survival, with mortality rates falling by one percent each year from 2006 to 2015. Antracyclins remain standard therapy for acute leukemia and are administered in high doses over a very short period of time - a treatment plan that increases toxicity. While previous research has shown that patients with haematological malignancies (cancer that starts in hematopoietic tissues) have the highest rates of symptomatic heart failure, there is limited evidence of comorbidities in adult patients with acute leukemia and little is known about the frequency and risk stratification known symptomatic heart failure in this population.

The researchers then developed a risk score in the 0 to 21 range based on six clinically relevant variables and myocardial stress - a measure of cardiac muscle strain that can be calculated by echocardiography. The team assigned points to each variable: a global baseline extension of more than -15 percent (6 points); Output LV ejection fraction less than 50 percent, pre-existing heart disease, AML (4 points each); cumulative anthracycline dose of at least 250 mg / m (2 points) and older than 60 years (1 point).

The patients were divided into three subgroups based on their risk values: low (0 to 6), medium (7 to 13) and high (14 to 21). The majority of patients (318) were classified as low risk, 112 as moderate and 20 as high risk of heart failure. The team found that 65 percent of high-risk patients developed heart failure, compared to only 1 percent of those in the low-risk group.

"While this is an important step in identifying the risk of heart failure, additional studies are needed to determine the effectiveness of such a risk score in clinical practice," said the study's lead author, Dr. Penn scholarship holder.